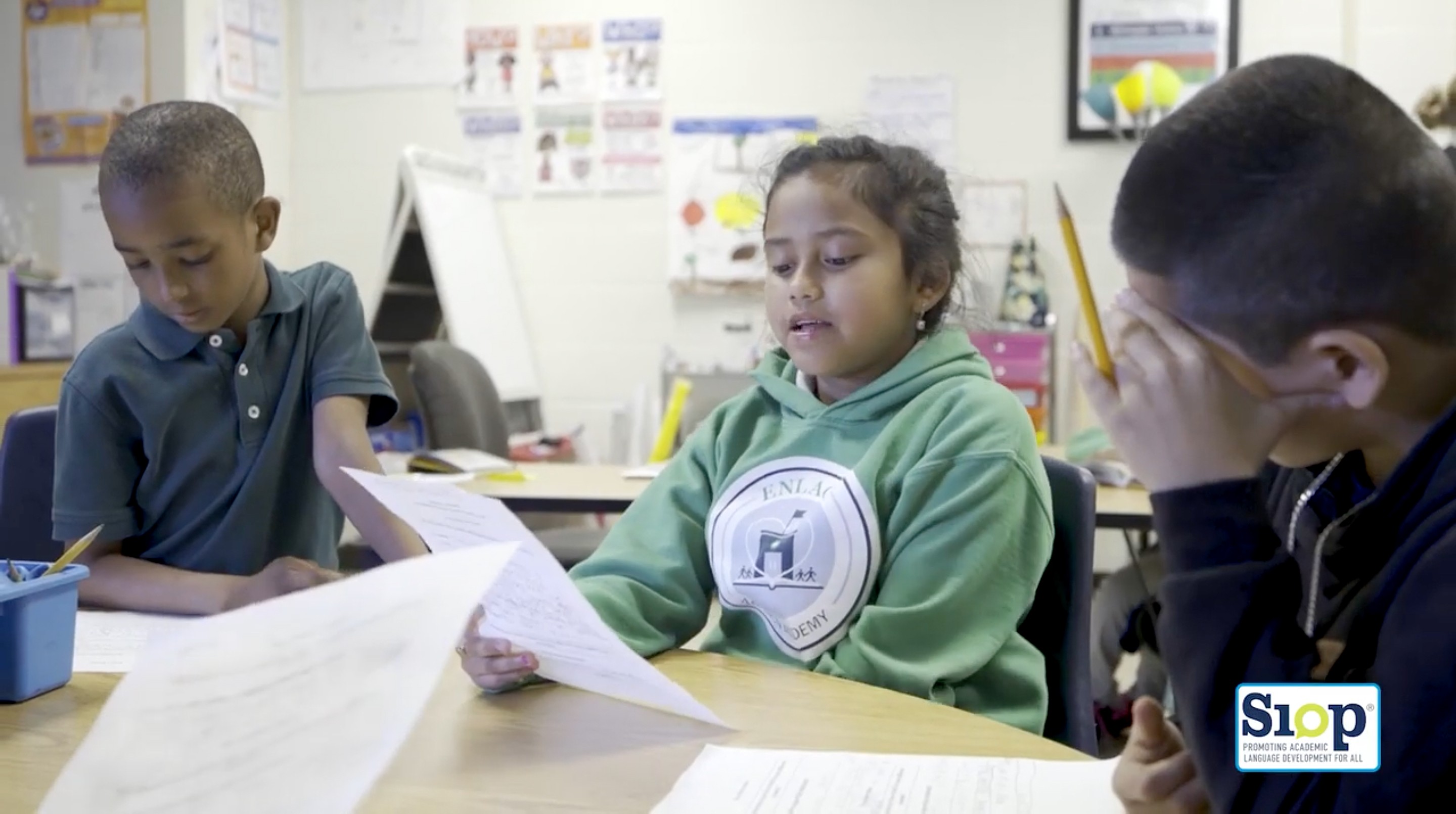 Four years ago, I stepped into the role of EL (English Language) coordinator in a school building with a 75% EL population, 249 students in grades K-6. They never had an EL teacher/coordinator/coach prior. As part of compliance they received instructional professional development (PD), but there was never any follow through for accountability and ongoing job-embedded support. Seeing that our EL population was extremely large, the most rational way I had concluded to reach or support students would be through their teachers. Luckily, I was able to begin this position having completed SIOP workshop on building capacity (train the trainer). It was a no brainer for me that the way to best leverage teachers’ strengths to impact student learning would be to coach teachers on the SIOP Model to ensure students could receive adequate instruction, all day, every day.

My year-long plan began with mapping out one SIOP Component per month and gradually building on each component. I started with an overview of what the SIOP Model was and of course the why. There was no feasible way one person, myself, would physically be able to provide EL services to each and every student. Not to mention that this would be my opportunity to create an ideal EL school culture, where each and every teacher serves as an EL educator, so that students receive 250 minutes of language and content instruction each and every day.

Implementing SIOP school-wide was working out well for the first few months. I was able to give an overview of SIOP during Staff Summer Institute, where teachers come to school two weeks before students to get their routines and instruction set, while building a positive school climate. For several months, up to Component #4 “Strategies,” I was able to provide school-wide PD. At the same time I was providing school-wide PD on SIOP, I was also consistently making connections to teacher’s evaluation rubrics with TAP (the system for teacher and student advancement) and the WIDA standards. Schools always have multiple initiatives, but what I’ve learned is that there is not one initiative that SIOP does not help enhance.

While my school-wide PDs paused after Component #4, they were then resumed once a month during grade level team preps. We were able to finish all SIOP components by the end of the school year.  While I was disappointed that the school-wide PD time had been taken away, the small grade level sessions were more intimate and personalized. My biggest fear was that I would not be able to implement and model SIOP techniques with a small group of five – but that’s one of the best things about SIOP is that techniques and activities work in small group and whole group instruction.

After each PD my coaching came into play with the assistance of the SIOP checklist. I would visit classrooms after the professional development of each component and calculate a school average based on the checklist for my own reference to gauge the areas that most needed support. Before beginning the next component, I’d review with them the average findings. I’d highlight the glowing key features that I observed to gain teacher buy-in. I’d give personalized “shout outs” for activities and techniques that teachers implemented in their classroom. This cycle of SIOP professional development, observations with the checklist, and providing teachers with feedback would continue until the end of the year.

This is such a great post! If you’re wondering other ways that SIOP aligns to CRT you should check out our #metachat from #ellchat_bkclub I know so many of us referenced and aligned to @Ready4rigor #crtandthebrain I will definitely be sharing this post with staff! @Cpico0922 https://t.co/wjhXXw6DK9

While the birth of SIOP implementation may seem like a breeze, I assure you there were many labor pains. The most confrontational issue with my position was that I was not the sole person working with students.

I still kept my schedule open to meet with some students. You’ve got to practice what you preach. If a teacher wanted to see a lesson implemented in their classroom, I’d gladly model. Since this was my first year completely out of the classroom, I was begging teachers to let me in. I would intentionally reach out to teachers to see what kind of support I could provide them; whether it was materials, modeling, observations, etc. Here is an example of material I’ve created that are available to download to support not only your teachers, but their students and your implementation of SIOP as a teacher or even as a coach. 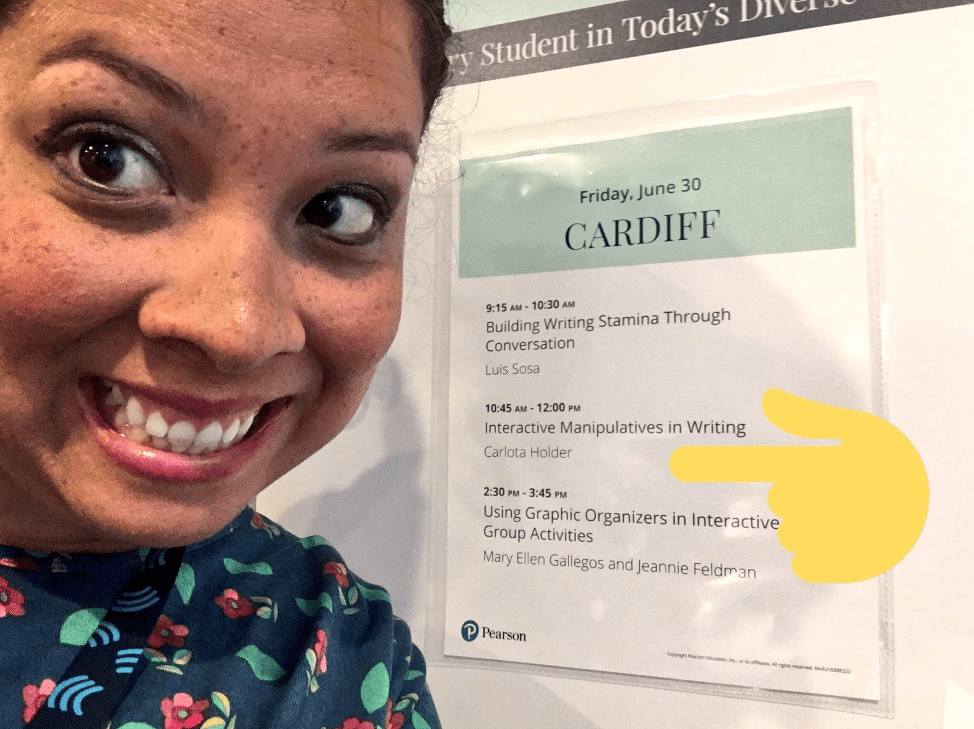 When you’re new to school or even in a new position, you’ll find the challenge of credibility. Teachers and staff will wonder, “Why you? What do you have to offer me?” Those challenges of credibility are part of the reason why I was willing to put myself in teachers shoes; teaching, planning, modeling, etc. In addition, I wanted to build my personal development, so I had this urge to submit a proposal to present at the SIOP® National Conference, at that time held in Newport Beach, California. In my previous school I had developed argument writing manipulatives for a co-taught 8th grade ELA classroom. It was part of a SIOP initiative and I wanted to model how a teacher can incorporate all pieces of language; SWIRL (speaking, writing, interacting, reading, and listening). We had video recorded it to highlight our efforts at a school board meeting. I thought this topic would be the perfect content for a SIOP proposal and it gained a lot of traction on Twitter. I told my administrator my aspirations and he said, “Submit it and if it gets accepted, we’ll send you!” In disbelief of being encouraged to do such a thing, I went for it! I’ve been presenting at the SIOP® National Conference every summer since.

To administrators reading this blog post, I want to encourage you to encourage your coaches, your teachers, your assistants, your specialists, to highlight their expertise as well as the successes or failures of your implementation of the SIOP Model. Tell them to “go for it” and support them any way you can. Empower the leaders that empower your teachers.

Stay tuned for my next SIOP blog coming soon. You’ll find out about how my coaching evolved to weekly instead of monthly.

Carlota Holder has been using the SIOP model since she began her career in English language learning in 2009 and is now a member of the SIOP Advisory Panel. She first started using SIOP within her credential courses to receive her add on license. While she was learning SIOP, she was also given the opportunity to practice it as an EL assistant. She continued her practice with the SIOP Model as a licensed teacher. She has taught grades K-8 and has co-teaching experience with the SIOP Model. In 2014 she was chosen to be one of the SIOP trainers for her district at the time. She participated in the state’s four-day SIOP training. After training she began the execution in her district starting with professional development on the SIOP model. They offered summer overview sessions and SIOP refreshers throughout the school year to support teachers who chose to execute the SIOP model in their classroom. Her school was one of the first to jump in and begin implementation. After the first year of using SIOP, her ELA co-teachers that participated in her district training showed the most pass rates for 7th and 8th grades on state testing. Currently she is at Enlace Academy, as an EL Coordinator where 70% of students are English language learners. As an EL coordinator her goal has been to coach teachers on how to use the SIOP Model in their classrooms to amplify rigorous instruction in the classroom. Carlota has begun teaching pre-service teachers at Marian University, and is also currently working on her Masters in Educational Leadership. 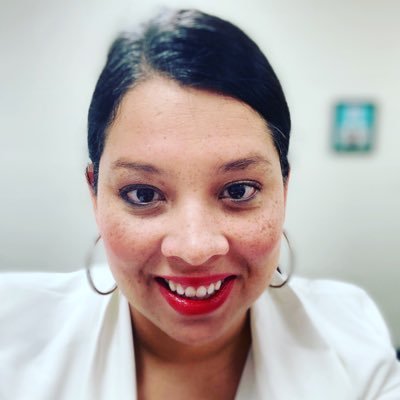