If you currently work as an educator, you are aware that social media plays a very important role in the lives of our students. Today’s students have access to pretty much any information they want to learn about, including current or developing events worldwide. Many times, in different classes I have told students to put their phones away, as it’s impossible to compete with their phones for their attention. That said, I do believe that the immediate and current up-to-date access we have to information can be a powerful tool for both students and teachers. Last year, many students had been following news about the Men’s World Cup that took place in Qatar (by the way, students are also starting to get excited about the upcoming Super Bowl in February and the Women’s World Cup in July!) so I thought hmm this could be a good opportunity to bring in a current event into our math class.

As a high school mathematics teacher who enjoys soccer, I couldn’t help but notice some of the math surrounding the World Cup. My students were already talking about it so I felt this could be a great chance to make some mathematical connections. I did not want to force the conversation to the specific topic my students were learning so instead I just posed some activation questions at the beginning of class related to what was happening in the World Cup at the time.

One morning, at the end of November, we started class by looking at a picture of the eight World Cup groups. I shared that every team played each other once within each group, a win gave 3 points, a tie 1 point to each team, and a loss 0 points. My classroom is organized by groups, so I asked different groups of students to predict which teams were more likely to advance to the next round. 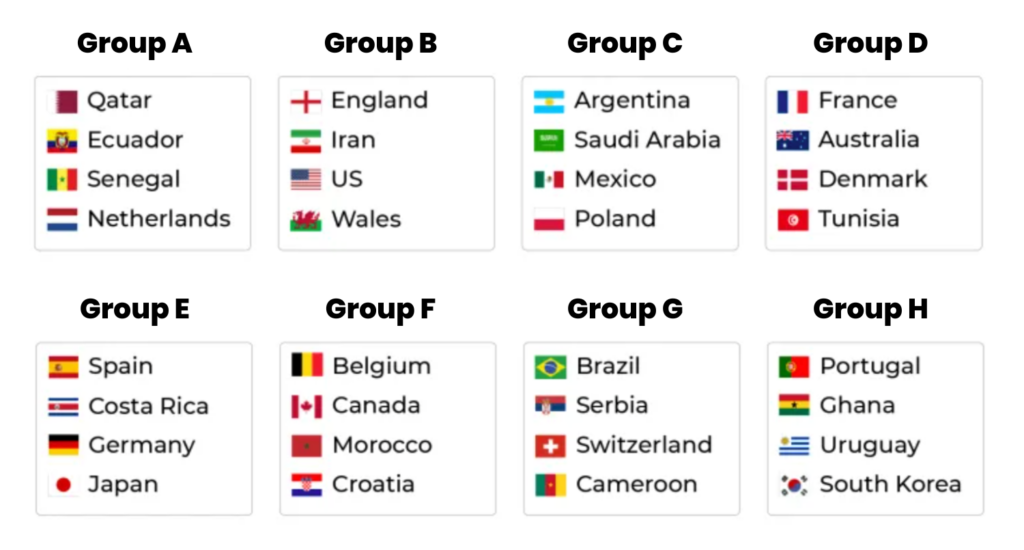 Students were very engaged in conversation, sharing their “expertise” based on their mathematical predictions. Thinking back, it was a great way to start class as there was a strong sense of relevance in the mathematics that was being discussed. Moreover, students were able to double check their predictions as the tournament went on. I also enjoyed that even students who did not necessarily follow soccer were able to engage and contribute to the discussion based on their points prediction.

Probability of Making it to the Next Round

Later on, after each team had played two games, the last game of the group stage was another great opportunity to discuss World Cup math during our activation time. In group B for example, England was to play Wales while the USA was to play Iran. With one game left, all four teams still had a chance to make it to the next round. This time I gave students a few questions to think about: What are all the possible scenarios for this group? On how many of them does the US make it to the next round? What is the probability that they will make it based on the scenarios?

To be honest, most of our class predictions involved the US making it to the next round which actually became a reality. Once again, students were highly engaged in the conversation, and it felt very natural. I had students who emailed me afterwards to share that their “exact” prediction took place with photographic evidence of their different mathematical scenarios. We analyzed group B but this could have been done for any of the other groups.

What Do You Notice and Wonder?

At the end of the tournament, Argentina and France played a very intense final in which the Argentine team led by Lio Messi became champions. The day after the final, I showed students a picture of all the World Cup finals from 1930 to 2022 courtesy of Wikipedia (https://en.wikipedia.org/wiki/List_of_FIFA_World_Cup_finals). This time I asked students “What do you notice and wonder?” Which is a very open and inviting question for all students to contribute. 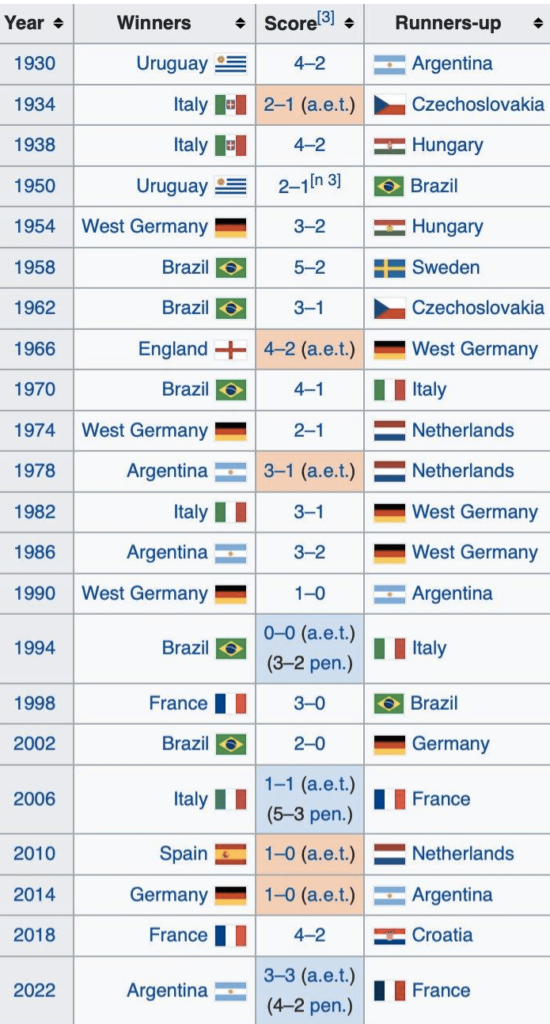 Students noticed and wondered all kinds of different facts, for example:

I really hope you find these ideas helpful and are able to hopefully incorporate them with your students soon. I would love to hear/see how you are using current events to engage students in your classroom. 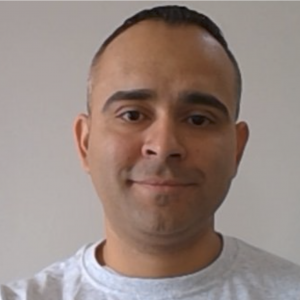 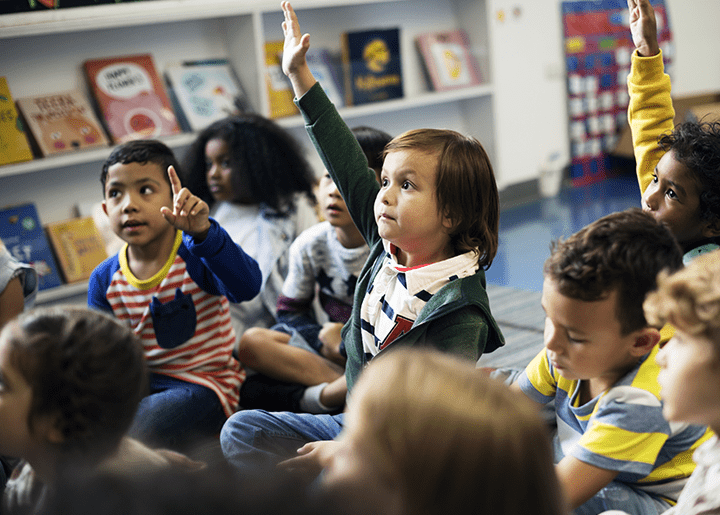