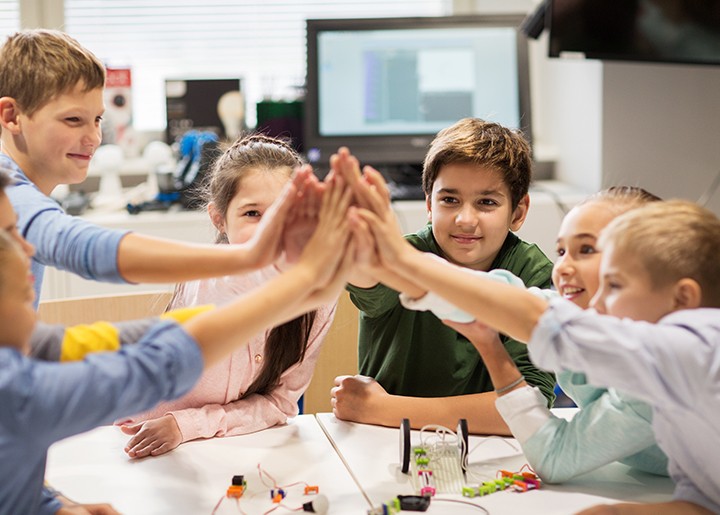 Experimenting – How NGSS Changes the Game

When you think about “doing” science what is the first thing that comes to mind?  For me, it is experimenting.  When I was in school, I loved to experiment and when I was a teacher, my students always wanted to do an experiment.  Of course, at a young age what we were really referring to was being involved in some kind of hands-on activity. But as science teachers, we know there is more to it.

The next step is to design exactly how you will conduct the experiment—perhaps selecting four pots, planting seeds in each and giving each a different amount of fertilizer.  The last steps would be measuring growth over a period of time, organizing the data and then finally drawing conclusions.

So this sounds simple and pretty much what we have always done as teachers.   But wait!  We now have NGSS with new dimensions and demands and an emphasis on Scientific and Engineering Practices. There is more emphasis on “constructing explanations”, “engaging in argument from evidence” and on “obtaining, evaluating, and communicating information”.  No longer can students merely create a table or graph or writing a one-sentence conclusion.  Instead, they have to build an explanation, back it up with evidence and then communicate it to others.

Notice also that in one way or another every one of the Practices can be involved when conducting an experiment.  That’s one important reason for arguing that experimenting is the most significant of the practices.  Just look at this list of the eight Practices.  Are any of them never a part of experimenting?  I don’t think so.

It sounds like a lot for one class period, doesn’t it?  I agree.  But no one expects that most experiments begin and end in one day.  Instead, students can practice using parts of the experimenting process on a regular basis.  In fact, I believe that the scientific and engineering practices must become components of as many classroom activities as possible—they must become “habits of mind” for your students.  So, when reading about or experiencing scientific phenomena, students need to be looking for supporting evidence and asking whether an explanation makes sense or if there might be an alternative.  When they watch videos or observe in nature they must learn to question and to propose hypotheses. And when they conduct full experiments, they will not only collect and analyze data but perhaps even use models to build an argument.

Experimenting does not come easy to many students.  In fact, research shows that it is only in late high school or even college that the full logic of experimenting becomes fluid and natural.   As teachers, we have to be patient.  But even students as young as 7 or 8 can begin to understand the systematic and rational nature of experimenting.  And the only way for them to grow as experimenters is to JUST DO IT!

About the author: A former middle school teacher and a leader in middle school science education, Michael Padilla has served as president of the National Science Teachers Association and as a writer of the National Science Education Standards. Michael Padilla is professor of science education at the Clemson University. As lead author of the Science Explorer series, Mike has inspired the team in developing a program that promotes student inquiry and meets the needs of today’s student.