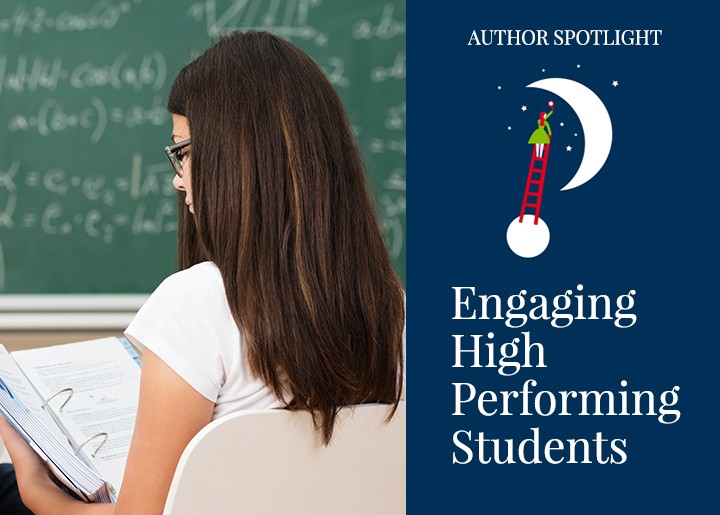 As a math textbook author and teacher, one of my challenges is engaging my highest performing math students.  As a result, I realized I had to ask myself what I considered a “high performing” student to be in the first place.

I want to first emphasize that we, as individual teachers and as members of departments, have a responsibility to inspire all of our students to succeed. While that is an easy premise with which to agree, I think we can distract ourselves from that mission when we start identifying the “good” math students (and consequently their complementary set, the not-so-good math students). We know how depressing it can be to hear competent adults complain that they “never could do math,” but ask yourself: How did they first come to that conclusion? Ironically, it was probably a mathematics teacher, or a series of mathematics teachers, who convinced them! In case you haven’t noticed, folks, we are in a paradoxical profession.

The obvious place to start is by defining what we mean when we label a student “high-performing.” I actually tried to do this for myself many years ago, mostly so I could develop a meaningful assessment strategy for my classes. What I decided then (and still believe now) is that a student can be “good in mathematics” by excelling in any of the following categories: knowledge, diligence, cleverness, and collaboration. Those are all desirable qualities that I value in a student, so those are the qualities that I attempt to assess. Since my assessments will, de facto, measure success in my students’ eyes, I want them to succeed at something I value. If they are not achieving the success they are expecting, I want them to realize that it is not because they “can’t do math,” but rather because they are not measuring up in one or more of those four categories. In particular, I try to make them see that only one of the four (deliberately called cleverness rather than intelligence) has anything to do with innate brain power.

Knowledge refers to the course material learned, like which triangles are isosceles and how to factor a difference of squares. It is obviously an important outcome of the educational process. It can be learned.

Diligence refers to perseverance, motivation, and a strong work ethic. It is a quality that good students tend to have, although not all “smart” students have it. It can be learned, but not from lectures and textbooks.

Cleverness refers to the “it” factors that seem to characterize good students of mathematics: quickness, sharpness, insightfulness, and so on. Perhaps some of it is innate, but I believe cleverness can be learned. If it is not developed, it can certainly atrophy. It is this quality that most people seem to have in mind when they think of “high-performing” students of mathematics, probably to excuse themselves for not performing well in a subject for which they never felt qualified.

Collaboration refers to the ability and inclination to work with others to solve problems. Mathematics teachers really ought to value collaboration, because this is how the real world works. For evidence that we have not always considered it to be a measure of excellence among mathematics students, however, we need only look up “nerd” in the dictionary. There are, indeed, very clever students who are not good collaborators, but we need to convince them that they can learn collaboration just like a gregarious student can learn cleverness. Ideally, such students can learn from each other.

This is how I define excellence for my math students. Indeed, I spend the first few days of class every year doing just that. We also discuss how I plan to assess such excellence, and we review it after each assessment. Thus, my “high-performing” students must perform well in multiple areas, while my low-performing students will have more than their brains to blame for their shortcomings. Getting all my students to experience those little epiphanies is a significant part of my role as their teacher.

So how can we engage high-performing students?

I once attended a talk by a brilliant American mathematician who had been highly successful in the American Mathematics Competitions over the years, and he cautioned teachers against thinking that they had to “teach to” those tests. What worked with him, he explained, was encouragement. He had been blessed with teachers who would give him the time and the space to succeed, and he was pleased to do so. While his success went well beyond the success of his fellow students, he did not feel that he had succeeded at their expense. From my perspective, this meant that his classmates knew they could “do math” even if they could not match his AMC scores. This is admittedly an extreme example, but I hope you catch my drift. This basic strategy of encouraging our math students is both enormously effective and universally applicable.  In the end, we succeed precisely when our students succeed, and our goal should be to inspire all of our students – including our high-performing students – to succeed. Then again, if they all succeed, are they all high-performing?

Stay tuned for the next post in this series from math author Dan Kennedy as he delves deeper into additional ideas for engaging high-performing students: 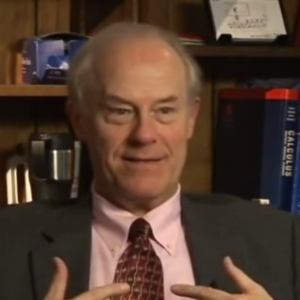 Math Author, Professor of Mathematics at the Baylor School