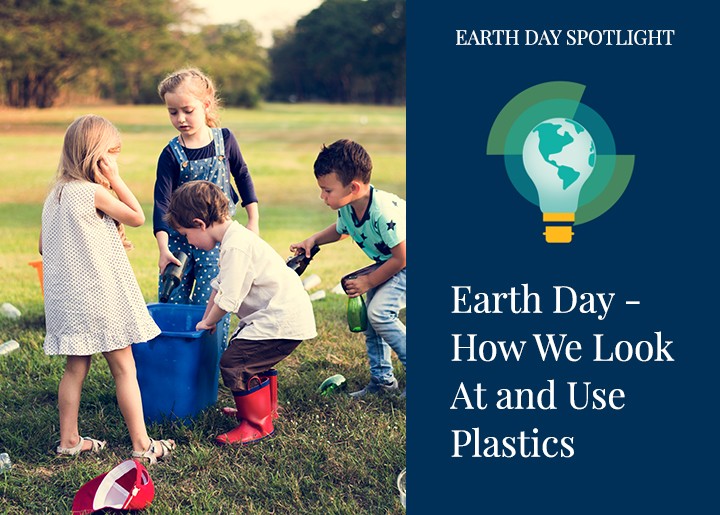 Earth Day – Changing How We Look At and Use Plastics

How are you celebrating Earth Day this year with your students? This year’s theme is around the dangers of plastics.  While plastics may have once seemed like a safe career move in the 1967 film “The Graduate,” and surely like a convenience breakthrough when it was invented in 1907, plastic has since morphed into an environmental hazard, with damaging effects on human health, marine life, natural ecosystems and the climate.

Earth Day: On Plastic’s Case
This Earth Day, April 22, the world will turn a sharp eye on a bunch of polys: substances with names like polyethylene, polypropylene and polystyrene. The goal is to provide information and inspiration to change how we look at and use the plastic in our lives.

The Problems with Plastic
From an environmental point of view, plastic is costly. It is estimated that plastic accounts for some 8 percent of total global oil production — as much as the entire aviation industry. And that percentage is only forecasted to rise in the next several decades, to 20 percent. As a petroleum product, plastic thus represents a significant contributor to factors that influence climate change. Another downside to plastic is its lack of biodegradability. Plastic’s strength for commercial and industrial use is a major cause of concern for the planet. Lingering plastic litters the landscape and clogs up streams and landfills for up to a millennium, never fully degrading. Despite widespread recycling programs, only 5 percent of total plastic volume actually gets reused. And if you simply try to burn plastic to get rid of it, many studies show it emits what amounts to a poison gas, filled with furan and dioxin. Even heating plastic in the microwave may be harmful. Many plastics contain phthalates (DEHP) and the chemical bisphenol-A (BPA), which have been linked to endocrine changes that can cause health issues including cancer, obesity and preterm birth.

Deep Blue Trouble
Every minute the equivalent of one garbage truck full of plastic gets dumped into the world’s oceans. Currently, there are about 150 metric tons filling the oceans depths, with the total weight of plastics likely to outweigh that of fish by 2050. One concentration is the Great Pacific Garbage Patch, located between California and Hawaii. This spot is the largest accumulation of ocean debris in the world, now twice the size of Texas and carrying 1.8 trillion pieces of plastic.

The Danger of Microbeads
One of the most insidious aspects of plastic is a product known as the microbead, commonly found in exfoliating personal care products like soaps, scrubs and toothpastes. Microbeads are small plastic particles under 5 mm which can get washed down the drain and can slip through sewage treatment plants. They find their way into local watersheds and ultimately into the oceans. They may be tiny (less than one millimeter in their largest dimension by definition), but they prove disastrous to marine life. Many animals, including coral, small fish, frogs birds and even larger mammals, mistake microbeads for their food source. As these animals get eaten, they pass that toxicity on up through the food chain. Additionally, these harmful products also collect on the surface of the water where they can do even more damage to plants and aquatic ecosystems. Animals aren’t the only victims of microbeads. At this point, we’re eating them too: There are likely leftover microbeads in the seafood on our plates, the water we drink and the salt we sprinkle on our food.

A Limited Law
In 2015, to combat the problem, the U.S. passed the Microbead-Free Waters Act, which phases out microbeads in rinse-off cosmetics by July 2017.  That’s a start, but it’s only part of the solution: The Act doesn’t cover things like industrial detergents, sandblasting agents and other products that contain these small particles. It also doesn’t cover non-rinse-off cosmetics that contain microbeads, like creams and lotions.

A Sticky Issue
As another Earth Day approaches, it is clear that more must be done. Microbeads in water may be virtually invisible to the naked eye, and the plastic islands may be out at sea, but the problem remains very real. “Taking action on microbeads was an important first win,” David Andrews, a senior scientist at the nonprofit Environmental Working Group, told HuffPost. “But it’s even more important to make sure we are really addressing environmental plastic pollution.” 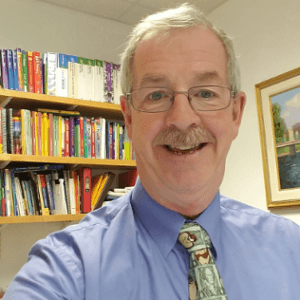