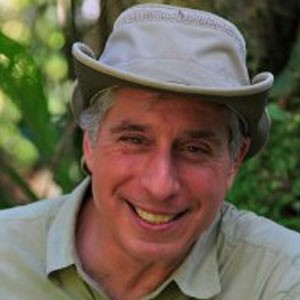 Dr. Joseph Levine was born in Mount Vernon, New York, where he attended public schools. He earned a B.S. in Biology at Tufts University, a master’s degree from the Boston University Marine Program, and a Ph.D. at Harvard University. His research has been published in scientific journals ranging from Science to Scientific American, and in several academic books. He taught introductory biology, marine ecology, and neurobiology for six years at Boston College.

After receiving a Macy Fellowship in Science Broadcast Journalism at WGBH-TV, Levine dedicated himself to improving public understanding of science. His popular writing has appeared in five trade books and in magazines such as Smithsonian, GEO, and Natural History. He has produced science features for National Public Radio and has designed exhibit programs for state aquarium projects in Texas, New Jersey, and Florida.

Since 1987, Levine has served as scientific advisor at WGBH, where he worked on NOVA programs and on projects including the film Cocos: Island of Sharks and the series The Secret of Life. Most recently, he served as Science Editor for The Evolution Project.

Levine and his family live in Concord, Massachusetts, a short distance from Thoreau’s Walden Pond.